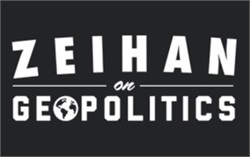 The State of the Pandemic: the Persian Gulf

Outside of China, Iran was the world’s first significant coronavirus epicenter, and it is pretty obvious that tight geopolitical and economic relations among the two – reinforced by American sanctions – served as a vector for COVID’s transmission from Wuhan to Tehran. China has been stingy with accurate COVID data with the entire world, Iran included. Because of this, Iran was not able to properly prepare for the virus. As one might expect, this meant Iranian support of all things Chinese plummeted.

Iran is also the first country to show the limitations of quarantine efforts. As a developing country, there is only so much social distancing that a country like Iran can engage in. The Iranian economy cannot provide its workers with extensive, open-ended work from home; grocery delivery is not an option for a society still largely dependent on government-subsidized goods; Iran’s cultural and religious tradition is centered around communal gathering (like in many other countries, religious centers like Qom have been ground zero for super spreader events). Yes, the country’s anti-COVID efforts had an impact, but the surprise and speed with which coronavirus struck the country means the Iranians have no hope of being COVID-free until there is a mass vaccination program. The situation is going to get (much) worse before it gets better.

And that’s the good news for the region. For on the other side of the Persian Gulf, the situation is far, far, far worse.

As we noted in early April, the question wasn’t so much if the Arab Persian Gulf states would have a coronavirus crisis, but when. Two months later, the region’s epidemic is by far the worst in the world on a per capita basis. 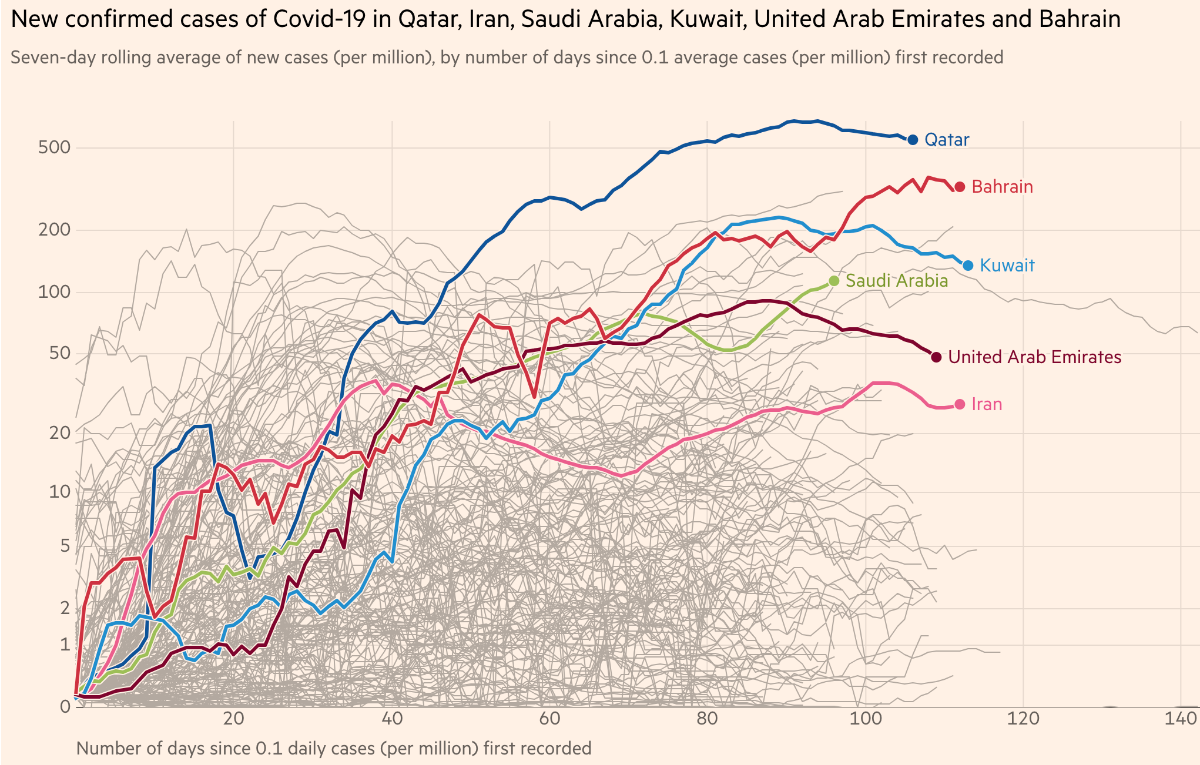 (Many, many thanks to the Financial Times for providing the data interface that makes this graphic possible. You can visualize your own data pulls here.)

There are several structural factors at play here:

The Arabs of the Persian Gulf aren’t “typical” populations. For the most part, they are maintained and sustained by oil income. Their governments provide hefty subsidies for all aspects of their lives, which means many citizens don’t work. Since the local climate is the part of the world that most resembles the surface of the sun, air conditioning is a must-have. The result? Nearly everyone lives in densely populated cities that boast extensive high-rises, housing blocks, multi-generational homes, and omnipresent indoor social interaction options. Think of these as less cities, and more ginormous cruise ships that just happen to not move.

Of course, just because the locals don’t work doesn’t mean that there isn’t work that needs to be done. The entire region depends upon a large, poorly documented pool of foreign workers who are often confined to dormitory-style housing. Think of how workers in American meatpacking plants are brought in from Central America and boarded in bunkhouses. Think of how that makes coronavirus transmission inevitable. Now apply that model to all workers in all industries. Honestly, it is a not-so-small miracle this region’s epidemic isn’t worse.

Two other factors are worthy of note:

First, the Islamic world recently exited Ramadan. Among the many characteristics of the Muslim holy month are communal prayer, family reconnecting and feasting after sunset. Think Easter, Thanksgiving, and Christmas combined, but lasting for a month. As it typically takes three to five weeks for significant exposure events to impact COVID testing data, and that Ramadan ended May 23, expect regional caseloads to seriously explode in July.

Second, and perhaps most problematic, when the state pays you to stay indoors and eat, you don’t get much exercise. The region’s per capita rates of obesity, diabetes, heart, and pulmonary diseases are among the world’s highest (if not for high per capital health spending, they probably would be the highest). These are exactly the sort of pre-existing conditions that make COVID more likely to kill you.