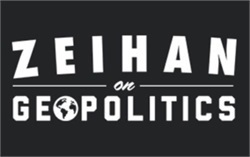 President Donald Trump has a knack for making Prime Ministers and Presidents hope to remain unnoticed. It’s a stunning ability given that national leaders aren’t exactly wallflowers. The past few days have seen a flurry of news releases indicating the Trump administration has turned its focus to Japanese Prime Minister Shinzō Abe. Specifically, the DC community is abuzz with leaks out of the White House that Trump is considering abrogating the American-Japanese security alliance. Trump has long made his displeasure with the alliance public, noting (correctly) that the treaty calls upon the United States to come to Japan’s defense but not vice versa.

Yet the reason for the one-sided relationship isn’t random. Japanese actions during World War II include such atrocities as the enslavement of Korea, the rape of Nanking, the Bataan Death March. Add in the sort of ultra-nationalism that could generate the industrialized suicide attacks of the kamikaze and the Americans of the late 1940s had zero problem forcing the Japanese – formally – to give up the right to wage war at all.

The Japanese loved that. And to understand why not having an independent security policy can be a good thing, we need to take a step back.

The littoral waters of the East Asian Rim are different from the great wide opens of the global ocean. The South China Sea, East China Sea and Sea of Japan are starkly contained with the Asian landmass on one side and a line of archipelagos on the other. The topographies of the lands they border are defined by internal barriers, mostly mountains, that not only factionalize the great regional ethnicities of the Japanese, Koreans, Philippines, Indonesians, and Chinese from themselves, but also from one another. Such separations made pre-industrial integration within, much less among, these groups paltry.

The mid-19th Century, however, was a turning point. Deep sea ships and military technology had improved to the point that the Europeans and Americans could pop over for a quick forced port opening party and be back home before anyone got too rowdy. The Opium Wars and the arrival of Commodore Mathew Perry of the US Navy were parallel events that had widely disparate impacts in China and Japan. While China continued to disintegrate politically and would largely continue to disintegrate right up into the mid-20th century, Japan ultimately unified under the Meiji Reformation and set about to adopt as many of the outsiders’ technologies as possible in order to industrialize in its own right.

Yet Japan had zero of the resources necessary to drive that industrialization, so from the beginning industrializing Japan had no choice but to be an empire. Those same disconnected geographies bracketed by those same isolated seas never had a chance. Japan’s naval acumen – now backed by firearms and steam ships - quickly dominated those seas and shortly thereafter all the coasts of East Asia.

The Japanese were not kind rulers. The Empire’s need for resource extraction all but required the slave labor of its conquered subjects. With a sense of dark irony that was apparently lost on its founders, the Greater East Asia Co-Prosperity Sphere became the vehicle for Japanese imperial expansion. 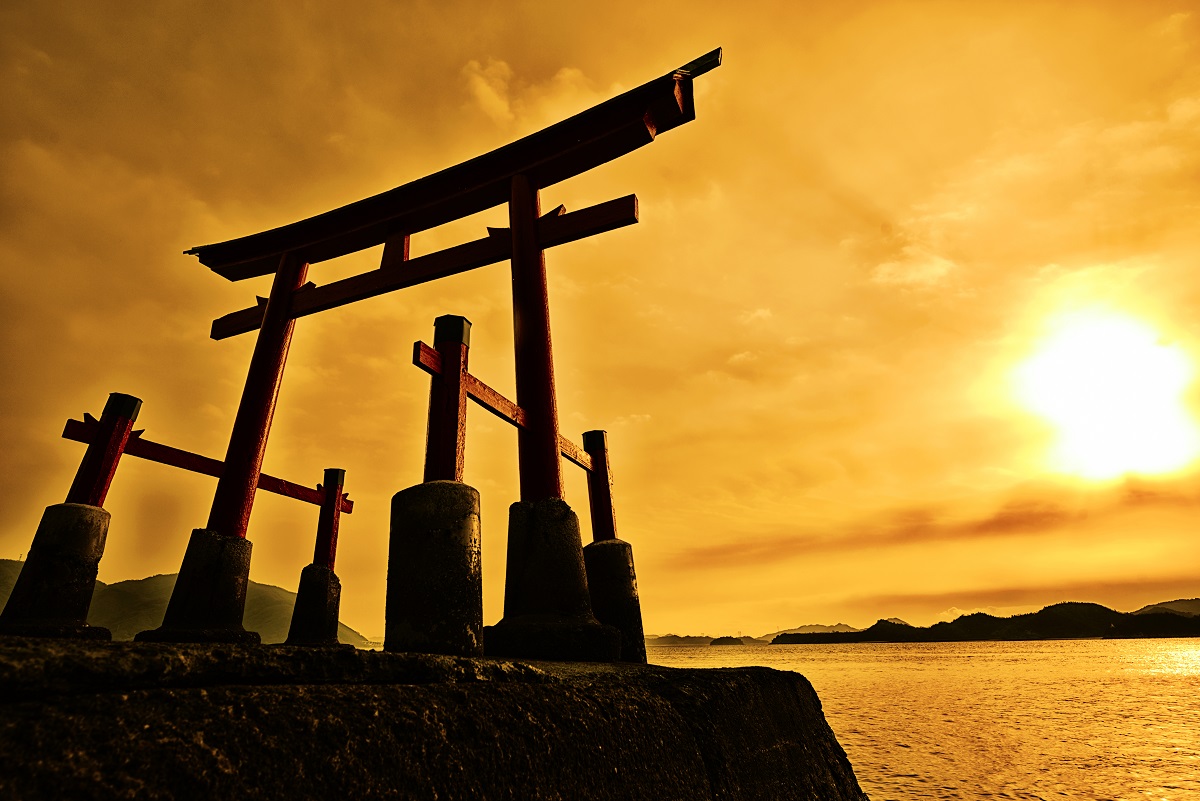 But the Americans tend to surprise. Instead of officiating the end of Japan, the Americans offered to pay the Japanese to be on America’s side in the Cold War. The Americans would protect all global shipping and open their market to their allies. Everything the Japanese fought for in the war would be granted for free. All the Japanese had to do was join the Americans against the Soviets.

This confluence of American strategic needs and East Asia’s regional geography led to the greatest trade expansion in history. Instead of trade being a highly militarized affair, trade routes became fragile, spindly things spread out over the world. But there are few locations where that fragility is as clear as the series of seas that connect the East Asian powerhouses. These same seas that before enabled first outside powers and later the Japanese to dominate East Asia are now the roads to prosperity. Ports and inland infrastructure began the long arduous process of connecting nearly half of the global population and making their labor accessible to the wider world. For all intents and purposes, the region has the most prosperous, economically advantageous “inland” waterway of anywhere in the world. It didn’t matter that no one in the East Asian littoral liked or trusted the Japanese. The Americans kept the peace, and the peace enabled growth that paid for a lot.

The system lasted for decades, until the Americans won the Cold War and got… bored.

Trump’s musings on the nature of Japanese alliance are not a cry in the wilderness, but the manifestation of disenchantment with the world from across the entire American political spectrum. The tenor and specifics of Trump’s foreign policies may change with his successor, but the general thrust of disengagement has been building since 1992.

One way or another, the Americans are leaving Asia, and not simply because of a change in strategic vision. There is also the issue of capability:

During the Cold War the Americans boasted a 500 or 600 ship navy with 6 or 7 supercarrier groups. That’s the sort of force required to control the global oceans and still have enough punch to hit a tough target here or there on any continent of Washington’s choosing. Now, however, the US Navy is “only” 300 ships, but with 11 supercarrier groups. This is a Navy that can project force anywhere in the world with stunning efficiency. It is a military that was designed to show up on your doorstep with a tank, Bugs Bunny style. It is the most powerful military the world has ever seen. What it lacks, however, are the large number of small ships required to provide the necessary global coverage to protect all maritime commerce. It is a Navy operationalized not for continuity, but instead for disruption. Not for Order, but for Disorder.

Bluntly stated, the Americans are getting out of the global management business. The Japanese cannot help but take notice.

Those littoral seas that have become some of the richest zones on the planet? Screwed. It is the American security commitment that makes all of it possible. At best the Americans will sail away and leave the region to its own devices, and history has zero favorable anecdotes as to how the locals can make it work. At worst the Americans will start a few dumpster fires as their often-shifting mood dictates.

Yet for Japan, therein lies a once-in-a-century opportunity. 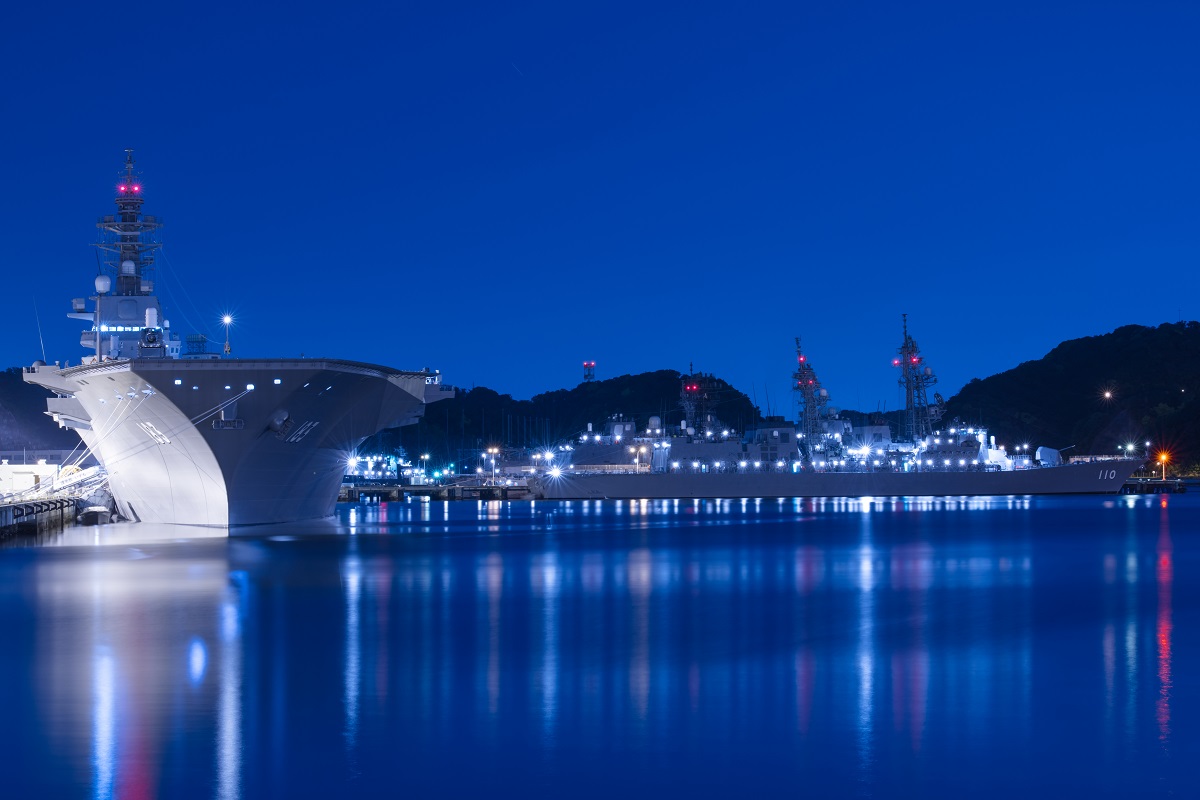 Everyone in Asia faces challenges as the world’s economic and strategic norms disintegrate, but for Northeast Asia, Japan’s challenges are the least extreme and Japan’s capabilities are the most advanced.

And there is one other itty-bitty advantage the Japanese have. At least for now, the Americans like the Japanese. Especially Donald Trump.

When Abe made his first trip to visit Trump he did all the right things. He showered Trump with praise, brought him gold-plated golf clubs, allowed himself to be soundly defeated over the course of 18 holes. Japan’s combination of relative insulation from the rising global chaos and a positive relationship with the global superpower provides Tokyo with an opportunity most countries do not have. The possibility of purchasing the American largess that once was available for free.

Put simply, if the Americans are going to remain constructively engaged in East Asia, it will be because they are being compensated appropriately. America has the ships, Uber has the business model. The Americans are happy to pick up the slack with the right surge pricing in a strained geopolitical environment. The United States has done this before, choosing to be the last minute relief in the European wars of the 20th Century – first with Cash-Carry, second with Lend-Lease, and finally with the Army – and in the process going from a net debtor with a so-so navy to the undisputed financial, military, and economic powerhouse. It turned out to be a pretty sound business plan.

And as coincidence would have it, the next country on America’s trade renegotiation list is none other than Japan. Think of what is about to happen like the global Order in reverse. Instead of Americans paying everyone to be on America’s side in an American security fight, Japan has to pay America to keep America involved in Japan’s security fight. As such we don’t expect the trade talks to be all that onerous.

Japan’s security needs trump its economic needs. So far, Abe has gone to great lengths to stay on Trump’s good side. He has largely acquiesced to the demands of the administration, which include steel and aluminum tariffs and a series of oh so fun looking buddy montages between Trump and Abe. We know that Japan will stomach a lot because from the Japanese point of view the talks aren’t actually about trade. That means the Americans will largely get their way on the economic issues they care about most – agriculture, automotive, energy and currency policy to be specific.

As to what’s next, that’s a bit of a crap shoot.

East Asia has been engaged in a building arms race since the 1980s, and with the Americans abrogating protection of global oil shipments, the lifeblood of the entire East Asian littoral is now in danger.

What’s that saying? Oh yeah… wars have been fought for less.

In the pre-industrial period that littoral’s layout kept the locals apart, but naval tech has come a long way since 1800. Now, with the proverbial cruise missile out of the bag, the shared littoral area puts all the region’s competitors within easy reach of one another. Even mildly threatening behavior looks a lot like an existential threat. Because it is. It takes little imagination to see how a combination of fear, national pride, strategic maneuvering, and economic desperation will push Japan and China (and others) into conflict.